Recently, the local 3pack rankings has made many business owners concerned about the results of their rankings. The most common question among these concerns are “Where did my Google My Business listing Go?” With Google’s new update, your listing is still there in the search results, but it may be getting filtered out. Many are referring to this as the “Possum” update, which has impacted their local algorithm and has been making their results disappear like a possum.

The new design is believed to reduce spam and vary local results for businesses to perform better. This may be getting rid of Google’s spam issue, but it seems to just be working best for businesses who are outside of a city’s location. It is increasing the businesses whose rankings were not there because they were on the border of two cities and were not technically in a specific city’s location. After the update, many businesses outside of a city’s boundary seemed to go up around 21 positions in ranking.

The Google update is affecting the local finder and the 3-pack, with the main thing change being Google’s local search result filters. Some of the changes that have recently been accounted for were: 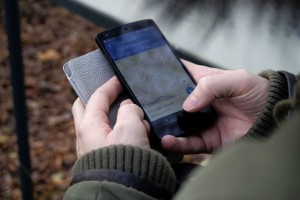 Many website owners believe Google made a drastic change, while Google claims these changes were just normal fluctuations. According to the article by TechWyse, search results are being filtered by location and affiliation. Before the update, businesses that were outside of a city’s boundaries were unable to rank. Now, these businesses are not only able to show up in Google’s search engine, but they are reporting having a huge boost in rankings.

Some of the other changes with the new update include variations in rankings by changing the location of the user. If the user searches from a different location than the business, your rankings will lower.

Keywords are another issue that was not prevalent before the update. if you vary a keyword by changing it slightly  from “Chicago Doctor” to  “Doctor Chicago” or “Chicago Doctor Illinois” would all deliver different search results. Abbreviations can also change the result of the Google search.

Google has made some positive changes with the new ‘possum’ update, but also is continuing to work on the businesses that are invisible in the search results. Local and organic SEO are very different with this new update considering: local businesses are seeing more positive changes, while businesses that do not have a local market are seeing more negative changes. Since Google constantly changes their algorithm, future Google updates are likely to be seen to fix the current issues with SEO.