Catching a Ride in Stormy Weather 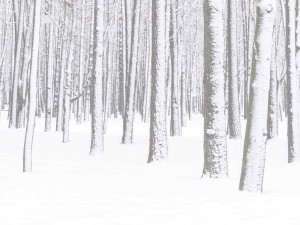 Nothing can wreak havoc on your travel plans like a winter storm. Naturally, the best thing to do when a storm is approaching is to batten down the hatches and stay off the roads. Unfortunately, this isn’t always possible. You could have an unexpected emergency which forces you to brave the elements or you could’ve just been caught off guard by a freak storm. And maybe, worst of all, you have to head into work. But how should you get there? Walking would be absolutely miserable. Not just miserable but unsafe as well when you consider you’ll be subjecting yourself to the elements. And walking down a sidewalk next to a street filled with motorists who decided to brave the treacherous road conditions isn’t exactly safe either.

So considering all of these factors you decide to travel by car. But what if you’re not comfortable with doing so? Or maybe you don’t own a vehicle and usually bike or walk to work? There aren’t that many options (public transportation will often shut down if the weather is bad enough) to get around in this scenario but more and more people have been turning to transportation alternatives like Uber and Lyft.

It’s hard to believe these services would still be running in the middle of a blizzard but they usually are. But it will cost you. Now, let us just say again that it if the weather outside is frightful you really should stay inside. That’s true of the storm itself or its aftermath. But if that isn’t an option and you decide to use Lyft or Uber to get around, then be ready to fork over more than usual. That’s because during storms (and other periods of high demand) both companies employ surge pricing. The reason they claim to do this is because drivers are naturally scarce during storms and bad weather and the higher fees will encourage them to brave the elements. Uber regularly comes under fire for this policy due to the fact that the surge pricing can let prices get out of control. The company received a lot of flak for the policy during Hurricane Sandy and as a result they now cap their surge pricing at 2.8x in areas where a state of emergency has been declared.

It is hard to say exactly how much it will cost you without knowing the pick-up or drop-off locations. But if your ride is taking place in Connecticut you should be ready to pony up at least $20. That’s because you will have to contend with higher per mile charges, minimums and safety fees.

So when you take all of these factors into account–the unsafe road conditions coupled with spending, what would for many people amount to over an hour of pay, it is quite a bit to endure just to get to work. But these options are available to you. And believe it or not, more and more people are taking advantage.

Years ago no one was thinking about services like Uber or Lyft, let alone how their services may be affected by snow storms. But these services seem like they’re here to stay which proves that it’s always worth it to be on the lookout for the next big thing. Which is why this blog post from Direct Connect Auto entitled, Ridesharing May Affect More than Just The Passenger Industry, caught our eye. It’s an interesting look at how, in the future, a ride sharing company could completely change the way car transportation is carried out.